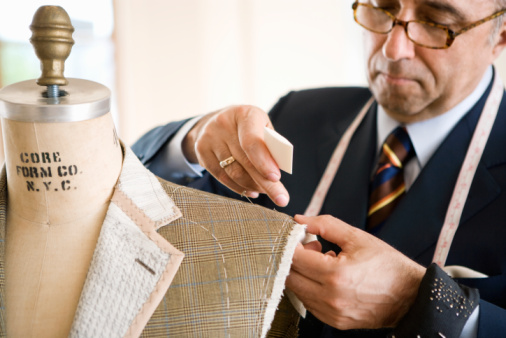 Saad Shaar was born in Lebanon in 1947 ever since Saad was a young boy at the age of 11 he had an eye for fashion. His father always wore custom clothes and by the time Saad was 13 he told his father that one day he would be his tailor. He went to work for his father’s tailor as an entry-level floor boy performing simple hems. His boss would not advance him to cutting and design so, He made the decision to leave school and follow his career in the capital of Lebanon. It is there that he learned and mastered his craft by the time Saad was 20 the war in Lebanon had begun and he found an opportunity to leave to the United States. When he moved to Houston, TX he began working at a large department store managing the alteration department. Durning that time he had a dream of building his own clothing store.

In 1971 Saad found a hole in the wall business space in Montrose and negotiated a deal with the landlord that he would fix and repair the store if he would not charge him rent for 6 months. Saad opened his doors with only one sewing machine and little to no money. He then built Saad’s Tailors. His love for making men and women look their best spread around town and Saad’s Tailor began to flourish. Almost 50 years later and nothing makes Saad happier than to see the customers smile after his touches and alterations are made personally for them.

Saad is one of the first hand-tailored services for men and women in Houston. We construct garments to meet the requirements of innovative designers, specialty retailers, stylist, and individuals. We handcraft the finest made to measure suits, tuxedos, sports jackets, slacks, and overcoats crafted entirely by hand right here in Houston Texas.