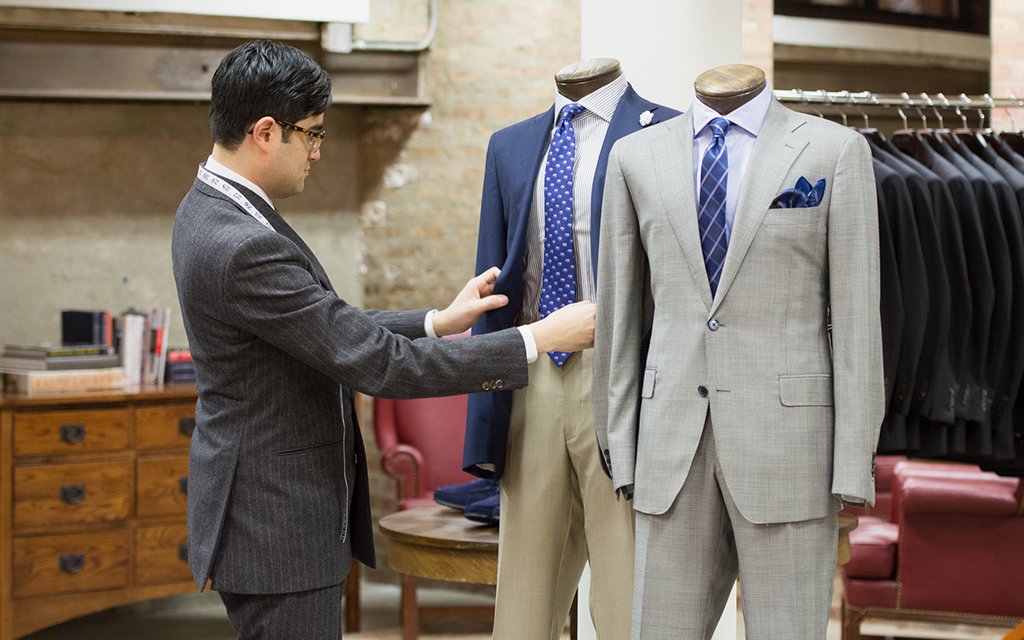 If you’re looking to purchase a new suit, it may be difficult to figure out where to start. If you’re not part of a community or culture where dressing up is common, you probably don’t have many experiences or examples to draw from when figuring out how you want your suit to look. Fortunately, there are plenty of sources for inspiration in popular culture, each with their own distinct style. Let’s take a look at some suited-up professions that can guide your style.

Fashion-wise, athletes are best known for their uniforms, but a lot of them really know how to turn on the style before and after the game. NBA stars like LeBron James, Russell Westbrook, and James Harden often get creative with the league’s professional dress code, sporting eye-catching colors and outside-the-box patterns. If you prefer a more traditional look, you might look to Roger Federer, who was named GQ’s Most Stylish Man in 2016.

Many singers, rappers, and rockers take an extremely casual approach to fashion, but others are known for taking the stage in style. P. Diddy, Pharrell Williams, and Jack White are all known for suiting up, tending toward slim fits that help them stand out in a crowd. If they don’t quite match your taste or style, keep an eye out for your favorite artists on the red carpet at award shows.

Their poll numbers always seem to be low, but elected officials wear suits more often than pretty much anyone else. If you’re the type who’s trying to change the world, a high-quality suit is the first step toward a poised, confident public image. A traditional fit and understated colors are your best bet, and go with a red, blue, or yellow tie to be ready for your first campaign speech.

Okay, he may not be a celebrity, but your dad is probably the first person you ever saw in a suit. Maybe he taught you how to wear your first one, too. So what if your dad’s suit is getting a little tight in the middle, or has taken up residency in his closet for the past three decades? He’s got style, so don’t be afraid to pay tribute with a fresh, modernized update to his classic look.